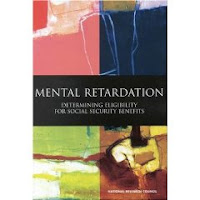 I've now extracted the main recommendations/statements from the book that are relevant to the total vs part IQ score issue raised in the CA Vidal (2007) decision.  Emphasis (underline/italics) in the material below was added by the blogmaster.  As noted in the prior post, there was a dissenting opinion expressed by Dr. Keith Widaman.  I plan to add his dissenting comments later.

As someone who was a practicing school psychologist for 10+ years (where I saw many profiles with wild splits in scores due to many different reasons), and who now is primarily an applied psychometrician conducting research in the domain of intelligence theory and testing, I have a complex set of opinions re: the total vs part score issue.  I have yet to crystallize my opinion regarding the Vidal (2007) decision....in fact...I find it has raised many questions which has resulted in myself digging through books, articles, and analyzing datasets.

The recommendations and statements below reflect the opinion of the Committee on Disability Determination for Mental Retardation as summarized in the above referenced book.  They do not necessarily reflect my opinions at this time.

Extracted from the book:

Only part scores derived from scales that demonstrate high g-loadings—that is, ones that are better representations of general intellectual ability (e.g., crystallized , fluid measures of intelligence)—should be used in place of the composite IQ score when its validity is in doubt.  Many intelligence tests assess several facets of intelligence, but not all facets are equally important or predict life events equally well.  Those intellectual facets that are heavily “g-saturated” provide the best sources for replacing the composite IQ score when its validity is questionable. (p.5)

The use of part scores, most often from the Wechsler measures, introduces an important consideration in the clinical use of intelligence measures for disability determination.  Current scientific conceptions of intelligence focus primarily on fluid and crystallized abilities, with recognition that working or comprehensive memory is also important to overall intellectual functioning.  Many intelligence tests are based on these distinctions.  The Wechsler measures are also moving in this direction, with a focus on factor scores that are analogous to crystallized intelligence (e.g., verbal comprehension index), fluid intelligence (e.g., perceptual organization index), and working/comprehensive memory (e.g., working memory index).  Consequently, the committee has recommended continued use of part scores in eligibility determination, but is advocating use of part scores that are consistent with current scientific thinking. (p.6)

During the next decade, even greater alignment of intelligence tests and the IQ scores derived from them and the Horn-Cattell and Carroll models is likely.  As a result, the future will almost certainly see greater reliance on part scores, such as IQ scores for Gc and Gf, in addition to the traditional composite IQ.  That is, the traditional composite IQ may not be dropped, but greater emphasis will be placed on part scores than has been the case in the past.  As this movement to part scores develops, it will most likely occur first for Gc and Gf, the most central of the second-stratum factors, and then extend to other second-stratum dimensions as they are determined to be useful for differential prediction. (p.94)