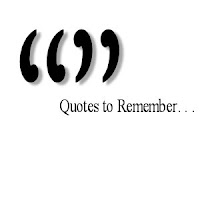 By now regular readers of this blog know I have a significant concerns re: the first prong of mental retardation determination (intelligence) in Atkins cases being determined, over and over, primarily on the basis of scores from the WAIS-R/III/IV.  I repeatedly mention the need for Atkins intelligence experts to base their intelligence testing and testimony on state-of-the-art psychometric theories of intelligence.  In particular, I frequently reference the need for the Cattell-Horn-Carroll (CHC) theory of cognitive abilities to be used as the organizational framework for intellectual test data and the determination of intellectual functioning.  I typically provide links to two sources (one a pre-pub version of a book chapter that was eventually published; the other an invited 2009 editorial in the journal Intelligence).

If readers take time to read these sources, they will learn that CHC theory is the combination of Cattell-Horn Gf-Gc theory and Carroll's three-stratum Gf-Gc theory [Carroll, J. B. (1993). Human cognitive abilities:  A survey of factor analytic studies. New York: Cambridge University Press].  I cannot stress enough the importance of the development of CHC theory for evidence-based intelligence theories and test development and interpretation.

To add external credibility to my professional opinion, I suggest skeptical readers read the words of major intelligence scholars as they rendered judgment on the Carroll portion of the CHC model.  Below are a few select quotes.  The conclusion should be obvious. Top notch intelligence scholars recognize the seminal work of Carroll, which is a major cornerstone of CHC theory.  I'll let the words of these giants speak for themselves.


“John Carroll has done a magnificent thing. He has reviewed and reanalyzed the world’s literature on individual differences in cognitive abilities…no one else could have done it… it defines the taxonomy of cognitive differential psychology for many years to come.”


Carroll’s book “is simply the finest work of research and scholarship I have read and is destined to be the classic study and reference work on human abilities for decades to come” (p. 35).


A “tour de force summary and integration” that is the “definitive foundation for current theory” (p. 58).  Horn compared Carroll’s summary to “Mendelyev’s first presentation of a periodic table of elements in chemistry” (p. 58).


“…on my first reading this tome, in 1993, I was reminded of the conductor Hans von Bülow’s exclamation on first reading the full orchestral score of Wagner’s Die Meistersinger, ‘‘It’s impossible, but there it is!’’

“Carroll’s magnum opus thus distills and synthesizes the results of a century of factor analyses of mental tests. It is virtually the grand finale of the era of psychometric description and taxonomy of human cognitive abilities. It is unlikely that his monumental feat will ever be attempted again by anyone, or that it could be much improved on. It will long be the key reference point and a solid foundation for the explanatory era of differential psychology that we now see burgeoning in genetics and the brain sciences” (p. 5).