The brilliance of Dr. Joel Schneider

----
Why composite scores are more extreme than the average of their parts
// Assessing Psyche, Engaging Gauss, Seeking Sophia

Suppose that two tests have a correlation of 0.6. On both tests an individual obtained an index score of 130, which is 2 standard deviations above the mean. If both tests are combined, what is the composite score?

If I measure the length of a board twice or if I take the temperature of a sick child twice, the average of the results is probably the best estimate of the quantity I am measuring. Why can't I do this with standard scores? 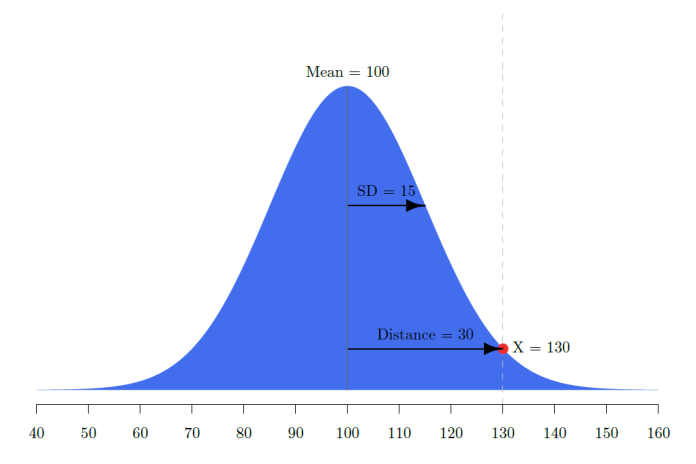 The lower the correlation, the more extreme the composite score.

In a previous post, I presented this material in greater detail.