Happy new year from the blogmaster 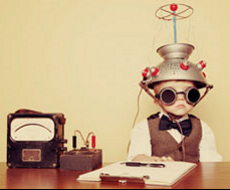 More support for the Flynn effect: Meta-Analysis of Ravens (Gf) 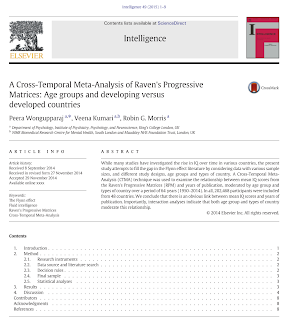 Recently published in SSRN (and forthcoming in Current Neurology and Neuroscience Reports, Vol. 15, Pg. 513 (2015)): "Applications of Neuroscience in Criminal Law: Legal and Methodological Issues" JOHN B. MEIXNER, Northwestern University The use of neuroscience in criminal law applications...
----

Accessed with BrowZine, supported by University of Minnesota.
Posted by Kevin McGrew at 10:30 AM

Kevan Brumfield murdered Police Corporal Betty Smothers in Baton Rouge, Louisiana in 1993.  He went on trial in 1995.  Six years earlier the Supreme Court decided in Penry v. Lynaugh that mental retardation (now called intellectual disability) is a mitigating factor that the jury must be allowed to consider but not a categorical exclusion.  Brumfield's lawyers put on no evidence of retardation, instead arguing other factors as mitigation, and he was sentenced to death.

Seven years after the trial, the Supreme Court decided in Atkins v. Virginia that retardation would be a categorical exclusion after all.  The high court did not apologize for its flip-flop.  On state collateral review, the trial judge denied the petition on the basis of the trial record.

What to do on federal habeas?  The deference standard of 28 U.S.C. §2254(d) allows a federal court to grant relief despite a state court's denial on the merits if the state court's "adjudication of the claim ... (2) resulted in a decision that was based on an unreasonable determination of the facts in light of the evidence presented in the State court proceeding."

But what if the argument is that the state court's unreasonableness was in not allowing evidence, rather than assessment of evidence?  Can a rule to deal with that issue be crafted without opening the door to federal micromanagement of state collateral review or the wholesale relitigation that the AEDPA reforms were enacted to prevent?
And was the state court unreasonable in this case?  Brumfield's attorneys tell the Supreme Court, "defense counsel had no reason to argue mental retardation, particularly given that the trial took place before Atkins ...."  Nonsense.  Penry was the law at the time of trial, they had the right to put on mental retardation evidence as a mitigating circumstance, and retardation is a powerful mitigator.  (If it isn't, then Atkins was wrongly decided.)  There is language in some Supreme Court cases to the effect that retardation evidence can sometimes be a "two-edged sword," but it's hard to see that in this case.  Retardation is surely a more powerful mitigator than the stuff he was arguing.  From the certiorari petition for Brumfield:

Dr. Bolter concluded that, as a child, Petitioner appeared to have a conduct disorder, educational problems, and attention deficit disorder, and, as an adult, had more of an antisocial or sociopathic personality, continued attention difficulty, and a rapid rate of forgetting. See Pet. App. 122a-23a. Dr. Guin concluded that Brumfield's childhood was "very chaotic, [and] very complicated" and he had a non-supportive environment at home. See Pet. App. 124a.

Trial counsel passed on the powerful mitigator of retardation to avoid undercutting his "mitigating" evidence of "antisocial or sociopathic personality"?  Come off it.  Sociopathy is aggravating!

Even so, Atkins is different from Penry, and state collateral review courts should allow evidence of retardation in pre-Atkins cases when a sufficient preliminary showing of a substantial Atkins claim has been made, regardless of whether any retardation evidence was introduced at trial.  What to do when they do not?

Congress wasn't thinking about this situation when it enacted AEDPA.  It will take some doing to craft an acceptable answer and fit it into the statutory language. 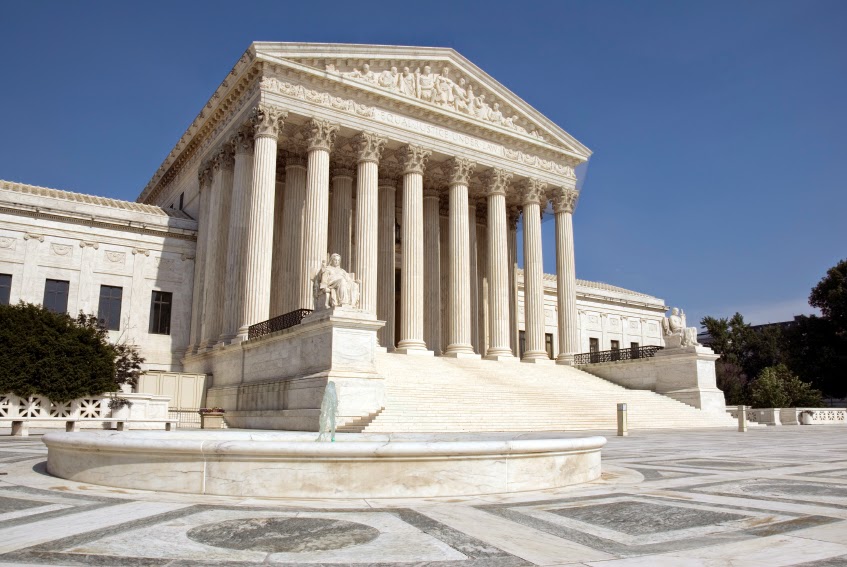 Issue: (1) Whether a state court that considers the evidence presented at a petitioner’s penalty phase proceeding as determinative of the petitioner’s claim of mental retardation under Atkins v. Virginia has based its decision on an unreasonable determination of facts under 28 U.S.C. § 2254( (2); and (2) whether a state court that denies funding to an indigent petitioner who has no other means of obtaining evidence of his mental retardation has denied petitioner his “opportunity to be heard,” contrary to Atkins and Ford v. Wainwright and his constitutional right to be provided with the
“basic tools” for an adequate defense, contrary to Ake v. Oklahoma.