Oct. 24 — Death-row inmates in Florida and Kentucky whose near-normal IQ scores blocked them from introducing any evidence that they are too intellectually disabled to be executed must be given a fresh chance to present their claims, a divided Florida Supreme Court and a unanimous Kentucky Supreme Court ruled Oct. 20 (Walls v. State, 2016 BL 350410, Fla., No. SC15-1449, 10/20/16 and White v. Commonwealth, Ky., No. 2013-SC-000791-MR, 10/20/16).  The decisions throw open the door for other death-row inmates who were barred from introducing such evidence just because their IQ scores were above a bright-line threshold.

In both cases, the courts ruled that Hall v. Florida, 82 U.S.L.W. 4373, 2014 BL 145335 (U.S. May 27, 2014), which declared unconstitutional Florida's categorical bar against intellectual disablility evidence in capital cases for any convicted defendant whose IQ score is above 70, must be applied retroactively.

The rule announced in Hall is not simply a different interpretation of a rule of criminal procedure, it is a substantive restriction on the states’ power to execute someone, the Kentucky Supreme Court said in an opinion by Justice Bill Cunningham. “We are dealing here with a U.S. Supreme Court directive that not only proscribes intellectually disabled people from being put to death, but defines the manner in which the mental deficiencies of offenders must be evaluated,” Cunningham wrote. Kentucky Justice Samuel T. Wright III agreed that Karu Gene White should get a new hearing but concurred in separate opinion that addresses waiver issues.

The Florida Supreme Court reached the same conclusion about retroactivity in its 5-2 per curiam ruling. “We find that Hall warrants retroactive application as a development of fundamental significance that places beyond the State of Florida the power to impose a certain sentence—the sentence of death for individuals within a broader range of IQ scores than before,” it said.  Justice James E. C. Perry concurred in the result only and Barbara J. Pariente filed a separate concurrence arguing that Frank A. Walls was entitled to a new hearing to avoid “manifest injustice.” Justice Charles T. Canady, joined by Justice Ricky L. Polston, argued in dissent against making Hall retroactive, noting that it will cause “a major disruption to the application of the death penalty.” 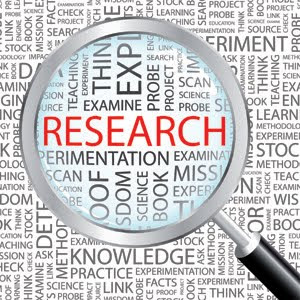 Non-University of Minnesota Users: (Full text may not be available)
http://www.sciencedirect.com/science/article/pii/S0160289616300198

Accessed with BrowZine, supported by University of Minnesota.