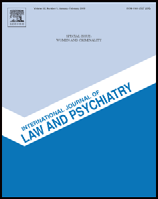 Abstract (emphasis to abstract and quotes added by blogmaster)

Competence to stand trial is a functional test rather than a bright line test, which therefore requires a case and fact specific assessment of a client's abilities in context. This article discusses competence in the context of capital trial cases. There are serious potential pitfalls for the client when raising incompetence and the decision to do so must be based on the specific ways in which the client's mental illness interferes with specific abilities to communicate with counsel and understand the proceedings. This article addresses counsel's duties in the context of assessing competence, but focuses on the little addressed issue of what abilities a client must have and what tasks a client must participate in so as to be engaged in a competent manner. It also discusses the types of conditions which may interfere with competence to stand trial.

According to the author, "Dusky set out a number of abilities and capacities required of a criminal defendant, yet it is the present ability to communicate with counsel based on a reasonable degree of rational understanding prong that has proven significantly more difficult to assess than the rational and factual understanding prong. How, exactly, are lawyers, judges and mental health professionals expected to assess the communication prong of the standard? There is little agreement as to what abilities ought to be required, how to assess them or even who bears responsibility for making the assessment. Most mental health professionals have little legal knowledge and few have, nor should they be expected to obtain, an understanding or proficiency in criminal defense representation, especially capital case representation. How, then, can they be expected to determine whether a defendant has sufficient ability to effectively communicate with counsel about a specific case? Similarly, most lawyers and judges have little training on mental illness or in determining what symptoms are significantly interfering with communication or a basic understanding of the cognitive and behavioral processes of decision-making and communication. Yet, competence to stand trial determinations rest primarily on the assessment of what a criminal defendant must be able to do with counsel."

"Competence to stand trial is a functional test rather than a bright line test, which therefore requires a case and fact specific assessment of a client's abilities in context. While there are serious pitfalls to raising incompetence, and while the decision to do so must be based on the specific ways in which the client's mental illness interferes with specific abilities to communicate with counsel, it is also clear that some of our clients are functionally unable to engage in the interactive dialogue required—that is, they are unable to see, hear and digest the trial related information and communicate with counsel about that information. Nevertheless, these issues require pursuit in a coherent and thorough manner because the outcome of trying a capital case in which the client is unable to participate is an appalling affront to due process."

Intellectual competence of juvenile defendants: Does it influence jurors?

Does the intellectual competence of juvenile defendants influence the decisions of juries? The following article, via the use of mock trail methodology, attempted to answer this question.

Understanding jurors’ perceptions of juvenile defendants has become increasingly important as more and more juvenile cases are being tried in adult criminal court rather than family or juvenile court. Intellectual disability and child maltreatment are overrepresented among juvenile delinquents, and juveniles (particularly disabled juveniles) are at heightened risk for falsely confessing to crimes. In two mock trial experiments, we examined the effects of disability, abuse history, and confession evidence on jurors’ perceptions of a juvenile defendant across several different crime scenarios. Abused juveniles were treated more leniently than nonabused juveniles only when the juvenile’s crime was motivated by self-defense against the abuser. Jurors used disability as a mitigating factor, making more lenient judgments for a disabled than a nondisabled juvenile. Jurors also completely discounted a coerced confession for a disabled juvenile, but not for a nondisabled juvenile. In fact, compared with when it was portrayed juvenile’s policy and directions for future research are discussed.

Article highlights
Based on the two studies, the author offered the following conclusion:

In conclusion, we have applied social psychological theories and methods to investigate legally relevant questions about jurors’ reactions to cases involving youthful defendants. Our work shows that intellectual disability, a history of child maltreatment, and circumstances surrounding confession all influence jurors’ judgments. Future research should build on our initial findings, by testing similar variables under more ecologically valid conditions and by expanding our work to other variables present in the unique situation of criminal trials involving juvenile defendants. Such research is important for research psychologists interested in testing theories related to legal decision making, but it is also important for applied, practical reasons. Professionals within the legal system need to understand how jurors react to juveniles accused of crimes and how they reach their verdicts in cases involving juveniles. Such increased understanding has the potential to lead to change, change that can help ensure fairness for some of the most vulnerable defendants in our legal system.