Psychologists and ethics in international settings. Special issue of Ethics and Behavior 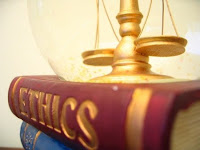 The journal Ethics and Behavior had a special issue devoted to ethical issues for psychologists working in international settings.  Below are abstracts and citations for three of the articles.  Anyone who would like to read one of the complete articles, in exchange for a subsequent "brief" guest blog post, should contact the blogmaster @ iap@earthlink.net


As psychology ethics begins to become more standardized and formalized globally (e.g., Gauthier, 2007) there are still educational, political, and psychological areas that require significant discussion. For example, test security has become a global issue, as psychological tests and even college entrance and graduate school admission tests have found their way online.

Psychologists live in a globalizing world where traditional boundaries are fading and, therefore, increasingly work with persons from diverse cultural backgrounds. The Universal Declaration of Ethical Principles for Psychologists provides a moral framework of universally acceptable ethical principles based on shared human values across cultures. The application of its moral framework in developing codes of ethics and reviewing current codes may help psychologists to respond ethically in a rapidly changing world. In this article, a model is presented to demonstrate how to use the Universal Declaration as a guide for creating or reviewing a code of ethics. This model may assist psychologists in various parts of the world in establishing codes of ethics that will promote global understanding and cooperation while respecting cultural differences. The article describes the steps involved in the application of the model and provides concrete examples as well as several useful comments and suggestions. This guide for the application of the Universal Declaration may also be used for consultation, education, and training relative to the Universal Declaration of Ethical Principles for Psychologists.