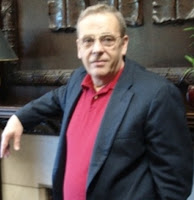 One of the leading scholars and role models in the field of intelligence research is Dr. Doug Detterman. Recently I was honored to review a number of chapters of a major book on intelligence he is writing. I was extremely impressed with the readability of the draft. It will serve as an excellent and comprehensive introduction to the wide-ranging field of human intelligence.

I recently asked Dr. Detterman if I could make a series of posts of select quotes from his draft manuscript. Being the obvious educator he is, he was pleased to grant such permission. Thus, starting today I plan to make regular (as regular as I can....hopefully at least once a week) posts with intriguing or informative direct (brief) quotes from the draft chapters I have in my possession. This is the first in the series.

I have no financial interest in Dr. Detterman's book, but in the spirit of any possible "conflict of interest disclosure" I must mention that I received a very small honorarium to review sections of his book. My goal is simple - to allow readers to learn little tidbits in advance of this major work. From what I have read, most novices and experts in the field of intelligence will want to own this book once it reaches publication with a yet to be named publisher. Kudos to Dr. Detterman.

Below is the first paragraph in the draft "introduction" section.

Intelligence is the best-understood and most powerful variable in the social sciences. Sophisticated psychometric methods, developed largely for intelligence tests, are used to construct and assess modern tests. A substantial commercial industry has grown up around the development and sale of tests. Intelligence can be measured with better reliability than any other social science variable. Huge amounts of data have been collected using the tests and these data span the last century providing a database unavailable in most other areas in the social sciences. Data from individuals show strong relationships to many important social outcome measures including educational achievement, occupational success, income, and death, to name a few. The data collected also provide important information about the genetic, biological, and environmental origins of intelligence. Relationships at the country level have also been investigated showing that countries with higher mean IQs show a greater gross domestic product per person, are less religious, and show higher levels of democracy. In short, by any objective standard, intelligence is the social science success story of unrivaled proportions