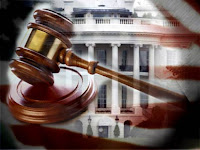 Two different individuals, one a legal professional the other a neuropsychologist, independently sent me copies (within hours of each other) of a very intriguing 2007 California Supreme Court ruling in an Atkins case.  After taking a quick peek, I can see why.  The court dealt with the thorny issue of using the individuals composite Full Scale IQ vs his Verbal IQ to determine if the individual was mentally retarded as per Atkins criteria.  The subject had been repeatedly tested with various editions of the Wechsler batteries over many years and displayed a very large and consistent Verbal vs Performance IQ split.

As reported at In The News Blog: "The Court unanimously held that a defendant may be spared the death penalty because he is mentally deficient in one area, even if his overall IQ score falls in the normal range. The decision overturned an appeals court finding that “full-scale IQ” was the best measure of intelligence."  Click on the In the News Blog for a lengthier summary.

I'm going to read the decision carefully as it raises many important intelligence testing and measurement issues.  I'm not sure if I will eventually make a single post re: my observations, comments, conclusions, quesitons, etc., or if I will present snippets from the two decisions and make comments in separate posts.

My knee jerk reaction, after seeing four different Wechsler test administrations (and a fifth abbreviated Wechsler---WASI), all that produced very consistent findings, is why someone didnt' recommend the administration of other measures of cognitive abilities (not measured by the Wechslers) to gather information re: important cognitive abilities related to intellectual functioning.

I would love to hear from other psychologists, intelligence scholars, and experts in mental retardation re: their opinion of the courts ruling and the evidence presented, logic of the court, etc.  This is a case that can be very instructive.  I just need to find time to do it justice.  Guest blog posts would be much appreciated.