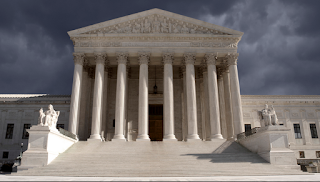 The United States Supreme Court has ordered the Florida Supreme Court to reconsider a decision that had denied a death-row prisoner's claim that he was ineligible for the death penalty because he has Intellectual Disability. On October 16, the Court reversed and remanded the case of Tavares Wright (pictured, left), directing the Florida courts to reconsider his intellectual-disability claim in light of the constitutional standard the Court set forth in its March 2017 decision in Moore v. Texas.

More information can be found here.
Posted by Kevin McGrew at 11:18 AM