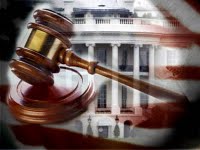 Anyone familiar with the Atkins cases knows that there are cases where, despite a colorable claim of intellectual disability, the courts have refused to give the defendant an opportunity to fully develop the claim with appropriate expert assistance and/or an evidenciary hearing.  Lawrence Branch’s case is one of those cases.
Several months before Atkins was decided, Branch was assessed by a psychologist who “found Petitioner’s full-scale IQ score to be 84, his reading ability to be at a high school level, and his mathematic skills to be at a sixth grade level.” Branch v. Epps, 4:07-cv-138 (N.D. Miss. Dec. 2, 2011).  Despite the fact that Branch had been labeled as mentally retarded when a child, the Mississippi Supreme Court refused to grant Branch a hearing, finding his mental retardation claim to be without merit.  Branch v. State, 882 So.2d 36 (Miss. 2004).
Branch moved for rehearing from the rejection of his appeal and attached to it the affidavit of psychologist Dr. Daniel H. Grant, who stated that all the documents submitted to him for review “support a diagnosis of mental retardation.”  The court granted the State’s motion to strike the affidavit, and denied the motion for rehearing.  Branch later moved for post-conviction relief, which was denied, and in his 2007 appeal to the Mississippi Supreme Court from this denial,  he argued that he had “not been afforded an opportunity to present a mental retardation claim.”  The Mississippi high court, relying on its earlier “paper review” of Branch’s ID claim, labeled Branch’s assertion “false” and denied relief.  Branch v. State, 961 So.2d 659 (Miss. 2007).
As is typically seen in the Atkins cases, Branch’s next move was to seek habeas corpus relief in a federal district court.  Here, the court agreed “to hold an evidentiary hearing and to
review Petitioner’s claim without the deference ordinarily afforded under the AEDPA[federal habeas law].”  Interestingly, the court did not need an evidenciary hearing because, after a more complete assessment and analysis of the evidence, the State “filed a notice confessing that Petitioner suffers from mental retardation.” Branch v. Epps, slip op. at 10.  In other words, after fighting for years to keep Branch from getting a full hearing on his ID claim, the state was forced to concede the issue, once an appropriate assessment had been done.
As for the earlier full scale IQ score of 84 from 2002, an examination of the raw data “reveals that a student administered the intelligence testing and made several errors in scoring and administration that make the report invalid.  . .  Discounting the invalid 2002 score, the remainder of Petitioner’s obtained scores fall within the range of mild mental retardation.” Id. at 11.  Unfortunately, the psychological report that discussed the raw data has been sealed by the federal court and is not available for review. Ostensibly, however, the state had ample opportunity to dispute the conclusions related to the 2002 testing, and it must have agreed that the 2002 testing was infirm.
Branch’s case illustrates the need for appropriate assessments, proper hearings, and caution when using earlier IQ scores that have not been examined for accuracy.   While every Atkins claimant is obviously not ID, whenever there is a colorable claim of ID, due process demands the individual have his day in court.