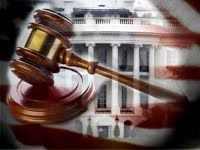 Thanks to Kevin Foley for sending me two recent Atkins decisions.

The first is Ortiz v US (2011). A prior decisions regarding this case are here. I will not comment on this case as I provided an expert deposition and was also part of the amicus brief by Concerned Experts in Mental Retardation/Intellectual Disability.

The second is Blue v Thaler (TX, 2011), with a prior 2010 decision also being available. Of interest was the courts treatment (or lack thereof) of the Flynn Effect.

"The Court of Criminal Appeals refuses to apply the Flynn Effect in Atkins cases. Blue, 230 S.W.3d at 166 (“This Court has never specifically addressed the scientific validity of the Flynn Effect. Nor will we attempt to do so now. Rather than try to extrapolate an accurate IQ by applying an unexamined scientific concept to an incomplete test score, we will simply regard the record as it comes to us as devoid of any reliable IQ score.”). This comports with the federal jurisprudence stating that the Flynn Effect “has not been accepted in [the Fifth] Circuit as scientifically valid[.]” Mathis, 443 F.3d at 433 n.1 (citing In re Salazar, 443 F.3d 430, 433 n.1 (5th Cir. 2006)). The Court will not apply the Flynn Effect to lower the results of Blue’s IQ scores."

So what we have is a federal appeals court which won't address the Flynn Effect or even mention it by name - all based on a false assumption made in the Texas Court of Criminal Appeals - that the FE is an unexamined scientific concept.  I disagree with this assessment as considerable evidence has been presented regarding the scientific acceptance of the Flynn Effect by intelligence scholars.