After Kevin had brain surgery for his epilepsy, he developed an uncontrollable urge to download child pornography. If the surgery engendered Klüver-Bucy Syndrome, compromising his ability to control his impulses, should he be less morally culpable than another offender?

Blame is a fascinating episode of RadioLab that explores the debate over free will versus biology as destiny. Nita Farahany, professor of law and philosophy at Duke, is documenting an explosion in the use of brain science in court. But it's a slippery slope: Today, brain scanning technology only enables us to see the most obvious of physical defects, such as tumors. But one day, argues neuroscientist David Eagleman, we will be able to map the brain with sufficient focus to see that all behavior is a function of one perturbation or another.

Eagleman and guest Amy Phenix (of Static-99 fame) both think that instead of focusing on culpability, the criminal justice system should focus on risk of recidivism, as determined by statistical algorithms.

But hosts Jad and Robert express skepticism about this mechanistic approach to justice. They wonder whether a technocratic, risk-focused society is really one we want to live in. 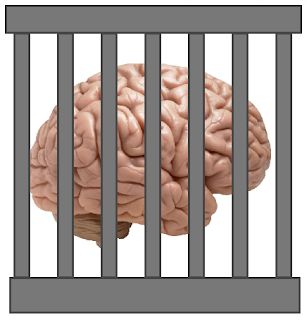 The idea of turning legal decision-making over to a computer program is superficially alluring, promising to take prejudice and emotionality out of the equation. But the notion of scientific objectivity is illusory. Computer algorithms are nowhere near as value-neutral as their proponents claim. Implicit values are involved in choosing which factors to include in a model, humans introduce scoring bias (as I have reported previously in reference to the Static-99 and the PCL-R), and even supposedly neutral factors such as zip codes that are used in crime-forecasting software are coded markers of race and class.

But that's just on a technical level. On a more philosophical level, the notion that scores on various risk markers should determine an individual's fate is not only unfair, punishing the person for acts not committed, but reflects a deeply pessimistic view of humanity. People are not just bundles of unthinking synapses. They are sentient beings, capable of change.

In addition, by placing the onus for future behavior entirely on the individual, the risk-factor-as-destiny approach convenient removes society's responsibility for mitigating the environmental causes of crime, and negates any hope of rehabilitation.

As discussed in an illuminating article on the Circles of Support and Accountability (or COSA) movement in Canada, former criminals face a catch-22 situation in which society refuses to reintegrate them, thereby elevating their risk of remaining alienated and ultimately reoffending. Yet when surrounded by friendship and support, former offenders are far less likely to reoffend, studies show.

The hour-long RadioLab episode  concludes with a segment on forgiveness, featuring the unlikely friendship that developed between an octogenarian and the criminal who sexually assaulted and strangled his daughter.

That provides a fitting ending. Because ultimately, as listener Molly G. from Maplewood, New Jersey comments on the segment's web page, justice is a moral and ethical construct. It's not something that can, or should, be decided by scientists.