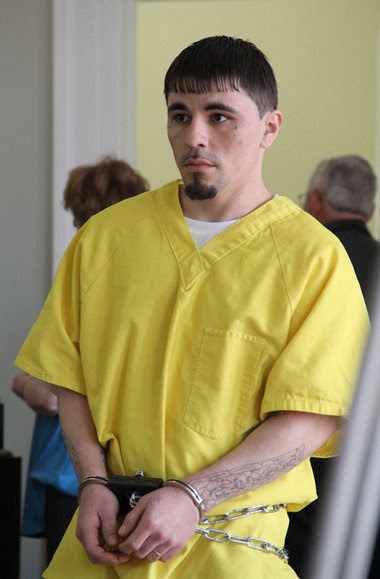 He also ruled that following his arrest, Baxter understood his Miranda rights and voluntarily gave statements to police, and that those statements are admissible.

Baxter, 26, and Brandy Nicole Williams, 20, are charged with capital murder in the death of Welford.

Welford, 63, was struck by a pickup truck July 21, 2010, on Bexley Road, just south of U.S. 98. He was pronounced dead that afternoon at the University of South Alabama in Mobile. After an all-night manhunt, the defendants were captured the next morning at a mobile home about six miles north of the scene.

In ruling that Baxter suffers from intellectual disability, McKenzie cited the opinions of two doctors who found Baxter to have an IQ of 66 and 75, respectively, after interviewing and testing him last spring.

A 2002 U.S. Supreme Court ruling said that anyone with an IQ of 70 or less would not be eligible for the death penalty.

A state Supreme Court decision later called for a five-point deviation that said any person with an IQ of 75 or less be ineligible.

Baxter, sporting a fresh haircut and wearing a bright yellow prison jumpsuit, sat with his attorneys on a bench facing the judge. He wore handcuffs and leg chains. As the judge read his ruling, a defense attorney patted Baxter's shoulder and whispered to him.

The defense filed several other motions, including one to dismiss the case based on the co-defendant perjuring herself before a grand jury when she testified that she was driving when the sheriff was struck.

"The defense is trying to blame the state for conduct of the co-defendant," District Attorney Tony Lawrence said. "The state did not choose her."

Lawrence went on to say dismissing a murder case based on a co-defendant perjuring himself or herself would set a dangerous precedent and lead to countless guilty people going free.

Also, Lawrence said, the motion to dismiss "makes no sense in light of what this very defendant has told the court," referring to Baxter's taped confession following his arrest.

Baxter's defense also made motions to:

Assistant DA Cherie Wade successfully argued that that "serious drug charge is certainly relevant because it led directly to the killing of the sheriff.

"The jury needs to see the chain of events that led to the crime," she said.

Baxter's defense also asked the judge to delete portions of Baxter's testimony where he talked about his meth use, particularly in the days leading up to the crime.

The state argued that doing so would likely cut out "huge portions" of his taped confession and alter the way the case is presented. For example, it could mean that jurors would read a transcript rather than view a video.

The judge said he would take that request under advisement, and would issue a decision well before the trial, set for May 7 in Natchez.